This Cairn was placed by Heritage Moncton as a memorial to the founding families who have contributed greatly to the Moncton Township. This landmark can be found at the eastern boundary of the City of Moncton, Main Street, near the pedestrian bridge to Dieppe. 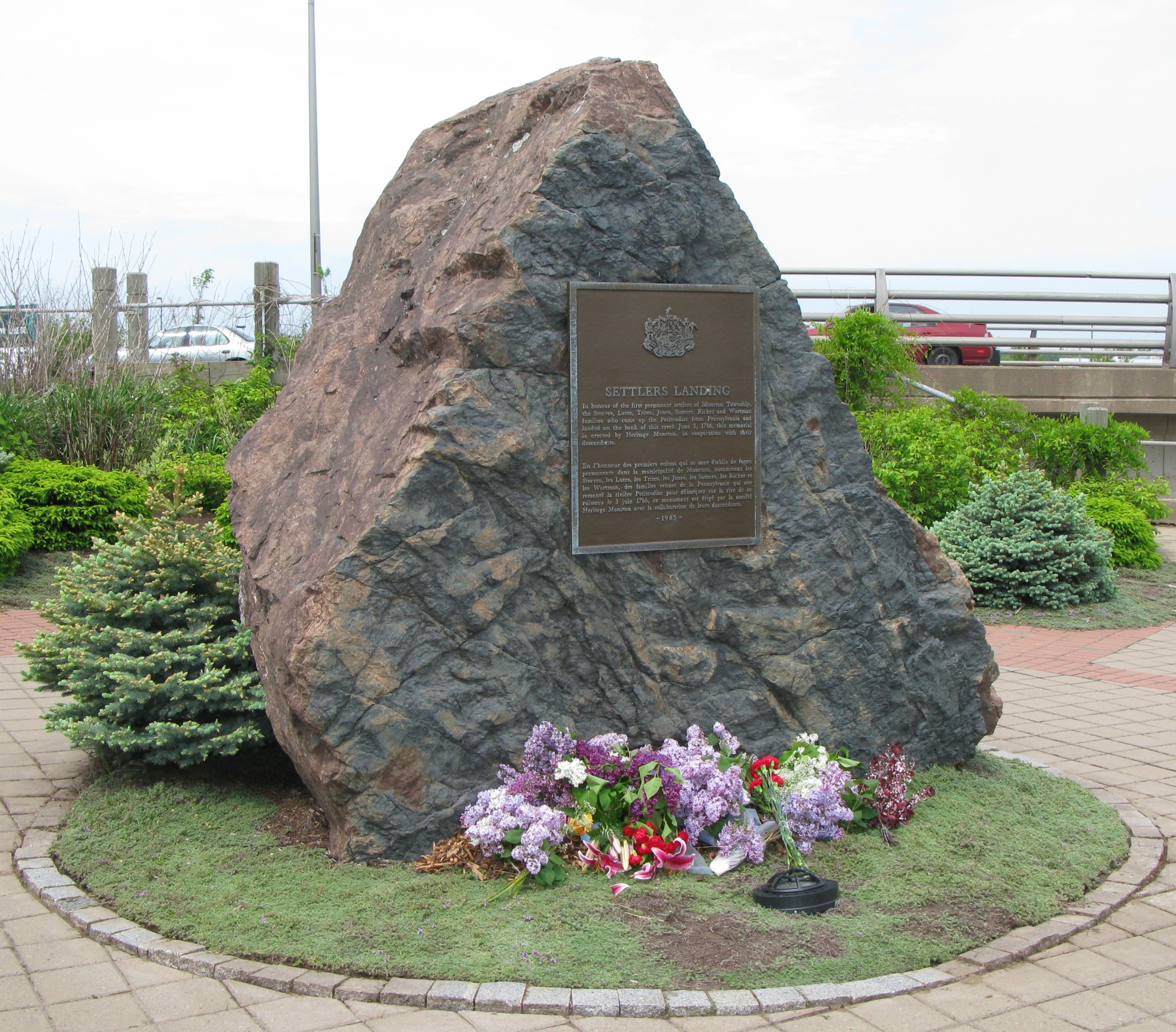 Have you ever set off on a trip knowing little of your destination? In 1766, eight families did exactly that. They had been selected to establish a new settlement on grants of land awarded by a British endorsed land company directed by Benjamin Franklin of Philadelphia. Having left Germany and Wales approximately 15 years earlier, these founding families of the Moncton Township completed the last leg of their long journey, from Europe to Philadelphia to Moncton on the sloop Lovey. The settlers arrived at Hall’s Creek on June 3, 1766 and the families went ashore to give life to a new colony. This later became the Moncton Township.